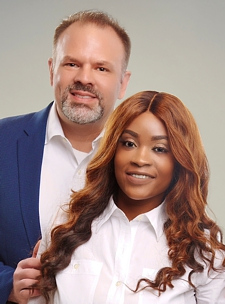 Blake Carroll, pastor, evangelist, and author, has a passion for leading men, women, and children to trust Jesus Christ as their Savior and Lord. He has served as pastor of two Southern Baptist churches and led both to record growth in Sunday school participation and evangelism.

In 2005, Carroll answered God's call to enter vocational evangelism and began preaching throughout the midwestern and southeastern United States at Bible conferences, youth conferences, evangelistic crusades, and revival meetings. He has been blessed with opportunities to cross denominational boundaries and has also preached in many multiethnic churches. While Dr. Carroll's preaching style is characterized as biblical, passionate, and simple, he is best known for his bold, uncompromising proclamation of God's Word.

Carroll is the author of How to Meet & Defeat the Enemy, Dealing with How You're Feeling, Out of the Shaker, and Still Dealing with How You're Feeling. His messages have been broadcast by radio throughout middle and western Tennessee. As a conservative voice of the Christian faith, he has been interviewed by CNN's American Morning, Nancy Grace Live, and other media outlets.

Born in Selmer, Tennessee, on March 14, 1980, Carroll was saved at the age of ten and accepted God's call to preach at nineteen. He received an Associate of Science degree from Jackson State Community College and a Bachelor of Science degree from Liberty University. He has earned two seminary degrees, including a Master of Ministry and a Doctor of Theology. He is also the recipient of four honorary doctorate degrees.

Dr. Carroll resides in Cordova, Tennessee, with his wife, Ebony. They have four children.